I hope everyone had a wonderful weekend, and, if you're American, I hope your Thanksgiving was stress-free and delicious!
We had such a fabulous Thanksgiving and I would just like to take a minute to thank my family for being so wonderful and supportive.  I was thrilled that everyone ate the food and even liked it!  I think for some of them it was their first time having tofu, and if not then it was definitely their first time having 'wheat meat' (more on that later).  It was not without the usual jokes and comedy, though, especially from the guys, but it was all in good fun.  "Pass the peameal bacon and pork chops, please", was one of their favorite things to shout.  But as long as they ate it, I didn't care what they called it.  They also kept asking me when we would be eating Raphael... my turkey that I adopted.  Ha, ha, so funny.  I think they're just jealous that they didn't adopt one too!
Anyway, I promised some photos and recipes of our dinner, so here goes... Just a heads up, I don't have photos of all the food because I'm usually the only one who takes pictures at these functions, and I was kind of busy. (ha!) So I have some photos of the appetizers and dessert, because I made them ahead of time.  Sorry about that!
Appetizers:

So easy and yummy!
Grilled Cheese and Apple on a Baguette

To make:
1. Slice the baguette on a diagonal and toast in the oven on 350, turning once, until slightly crispy.
2. Remove baguette from the oven and turn the oven setting to Broil.
3. Spread about 1/2 a tsp or so of Dijon mustard on each baguette slice.
4. Add a slice of apple and a sprinkling of Daiya cheese.
5. Put the baguette slices on a baking sheet and place it in the broiler.  Leave it in for a few minutes, until the cheese has melted and is a bit bubbly.
Serve warm.

To make:
1. Prep all your ingredients.
2. Saute the diced sausage in a pan until a bit crispy and slightly brown.  Set aside.
3. In a large pot on medium heat, melt the vegan butter and add your celery, onion, carrots, parsnips and seasonings.  Saute until veggies have softened.
4. Add in the parsley, chestnuts, cranberries and apples. Mix together and saute until tender.
5. Add in the walnuts and veggie broth.  Let simmer for a minute before adding your bread cubes.
6. Carefully fold in your bread cubes until just moistened.  Do a taste test and adjust your seasonings.  You may also need to add a bit more bread or broth depending on how wet or dry your stuffing is
7. Finally, add in your sausage bits and then transfer your stuffing to a baking dish.
8. Bake at 350 for about 20 - 25 minutes or until the stuffing has toasted and browned a bit on the outer layer.

Instead of making the Tempeh I decided to make some Chickpea Cutlets that I found on The Post Punk Kitchen website.  Check the recipe out here.


I hope you enjoyed seeing some of the food we had on Thanksgiving.  There was so much more food but this post is long enough already!  Ha! Oh, and here's a look at me with a photo of my turkey, Raphael! 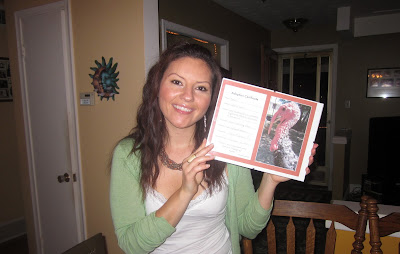 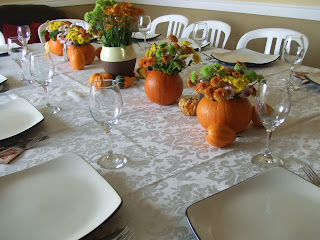 I'm so excited to share my Thanksgiving Menu with everyone!  This is my first year hosting a completely vegan Thanksgiving and I am so thankful that my family members are on board.

Here's what I'm making:
For Starters
Grilled 'Cheese' and Apple on a Baguette
'Cheese' and Tempeh Bites
On the Side
Fennel & Citrus Salad
Mashed Sweet Potatoes
Zesty Asparagus
Main Attraction
Chestnut, Cranberry and 'Sausage' Stuffing
Sweet and Tangy Tofu Steaks
'Sausage' Stuffed Fillo Purses
Sweets
Pumpkin Pie Cheesecake
S'mores!
Bevies
Mulled Wine with Cider
Assorted Vegan Wines:
MASI - Pinot Grigio
Yellow Tail - Pinot Noir or Cabernet Sauvignon
Duck Pond Cellars - Gewurztraminer
Water
Tea/Coffee
I'm so excited to get in the kitchen and start cooking!  I will be adding some photos and recipes after Thanksgiving so stay tuned.
Happy Thanksgiving to my family, all my American friends and readers AND to any American's living in Canada (or wherever) like me!  Ha!
Love,
Ves xx
Posted by Vesna 0 comments 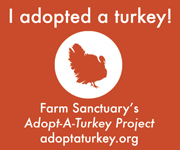 It's not too late!  Visit Farm Sanctuary's Adopt-a-Turkey project and help save a turkey's life this Thanksgiving!
Cheers to a kind Thanksgiving!
Love,
Ves
Posted by Vesna 0 comments

Ooh La La!  Yeah, I like to say that sometimes when I've finished my make-up application.  Who doesn't?  After taking the time to apply your make-up just right, you should definitely stand back and give yourself the 'nod', or the "wink and the gun".  Whatever floats your boat!
I'm especially happy when I know that I'm using products that aren't too harsh on my skin and have ingredients that I recognize.  So I'm really excited to share with you some new things that I've tried and some great products that I've been using for a while.  Like I've said before (here), I love buying and testing new products, especially if they're good for me.  That being said, I don't believe in waste and only buy new things when I run out.  So please don't run out and buy a new eyeshadow because you want to be kinder to the planet or animals, but you already have twenty in your make-up bag.  Trust me, you're being kind to the planet just by using those up first!
So here is my list... Some of these products I love and some I like but ALL are natural and Vegan.  Enjoy!

I absolutely love this make-up and have been using it for almost a year.  It feels great on my skin and looks amazing, too!
Ingredients: Mica, Titanium Dioxide , Zinc Oxide , Iron Oxides. 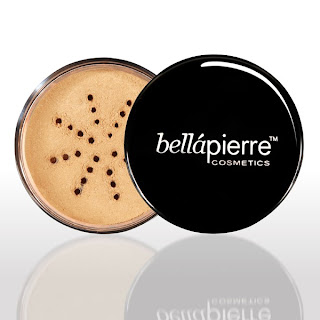 ALIMA PURE Foundation
This foundation is just as fabulous as bellapierre but, in addition to caring about your skin, Alima Pure is also a cruelty-free company.  They don't test their products or ingredients on animals, and they're a member of PETA (People for the Ethical Treatment of Animals) as well as The Coalition for Consumer Information on Cosmetics.
Ingredients: Titanium Dioxide, Zinc Oxide, Mica. May contain [+/-]: Iron Oxides. Nothing more. 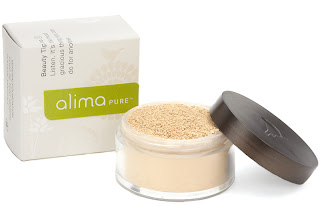 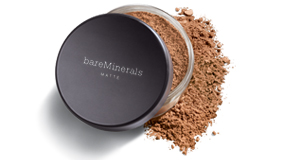 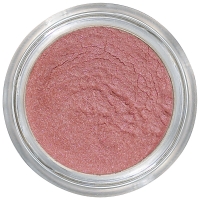 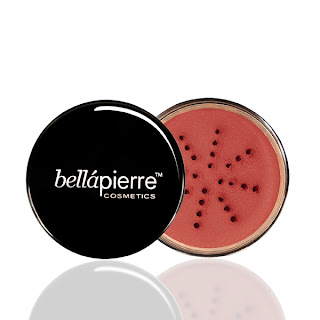 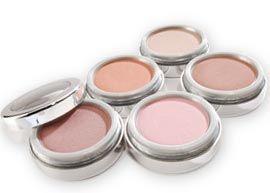 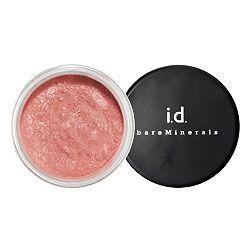 Eye Shadow:
ALIMA PURE Luminous Shimmer Eye shadow
Theirs is the only eye shadow that I've tried so far, and I love it!  They offer great colors and long wears.  What I enjoy about this company is that you can actually order samples of products to try.  Each sample size costs about $1.50 and comes in a small container.  It lasts for quite a few uses as well so it's a good idea if you don't want to commit to a full size product.
Ingredients: Mica (CI 77019), Titanium Dioxide (CI 77891), Iron Oxides (CI 77491, CI 77492, CI 77499), Ferric Ferrocyanide (CI 77510). 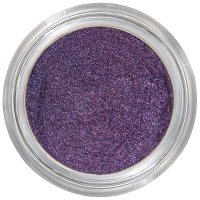 Mascara:
My absolute favorite mascara so far is the one from 100% Pure.  It's amazing!!  It lengthens my lashes, smells great and is completely natural!  I wasn't a huge fan of the ZuZu Luxe mascara but I do know that others really like it.
100% PURE Fruit Pigmented Mascara 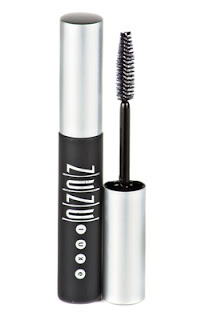 ECCO BELLA FlowerColor Natural Mascara
Ingredients:  Purified water, carnauba wax, palmitic acid (from palm oil), clay, methylparaben, propylparaben, iron oxides.
I haven't tried this one, but I've heard good things about it.  However, they use parabens so keep that in mind if you want to try it. 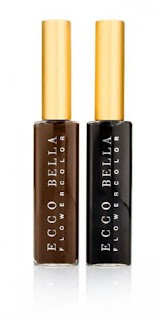 That's my list so far.  I haven't gotten around to trying any new lip liners, lipsticks, or many eye shadows.  I wasn't kidding when I said I was a product junkie, so it's going to take me a while to use up all of the products that I already have.
I'll keep adding to this list as I discover new favorites.  Feel free to let me know what you're favorites are, too!
Love,
Ves xx
Ps: Don't forget to check out my favorite products if you haven't already!  Just click here. :-o)
Posted by Vesna 0 comments

I just found this blog and then came across this video that I absolutely have to share with you.  These kids are too cute and I love how the little boy is about to have a fit cause he can't wait any longer for the smoothie!!  Must watch!
My Go-to Green Smoothie
(makes 2 servings)
1 cup coconut water
1 cup purified water
1 Banana
1/2 cucumber
1 cup fruit, fresh or frozen (such as berries or an apple, pear, etc.)
2 large handfuls spinach (or other leafy green)
1 tbsp Almond Butter
1 tsp cinnamon
Agave to sweeten (optional)
1 tsp Apple Cider Vinegar
1 tsp Spirulina (optional)
1/2 tsp Do Matcha green tea powder (optional)
2 tbsp Hemp seeds OR Hemp Protein (optional)
Pour everything in a blender and process on high speed until smooth.  Pour in two glasses and serve with straws.  Enjoy!
Click here ---->  Green Kids
Love,
Ves xx
Posted by Vesna 1 comments 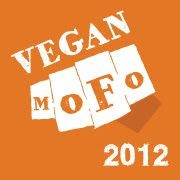